Bondy is an open-source, always-on and scalable application networking platform connecting all elements of a distributed application—offering event and service mesh capabilities combined.

What does Bondy do? #

Bondy routes application messages between Internet-connected devices such as browsers, phones, servers and IoT (Internet of Things) devices in realtime by creating an application network.

An application network is a dynamic overlay network formed by one or several Bondy nodes (a Bondy cluster) and software running on the connected devices (embedding a client library that speaks a protocol supported by Bondy). 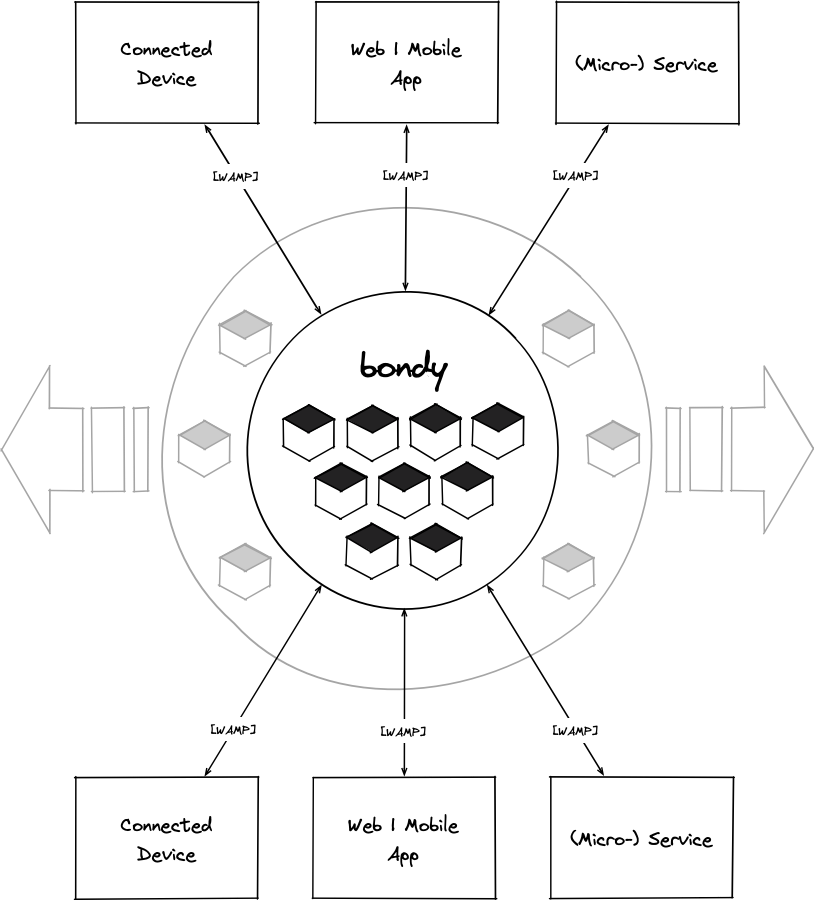 At its core, Bondy implements the Web Application Messaging Protocol (WAMP) an open protocol that unifies the key services required by every distributed application:

As a result, Bondy offers event and service mesh capabilities combined. But as you will learn in the following sections, Bondy goes further by providing an HTTP API Gateway, Router bridging (a.k.a. Bondy Edge) and additional integration capabilities.

Why should I use Bondy? #

Bondy will provide you a number of benefits when compared to the alternative of integrating and matching individual (partial) implementations of the services required by a distributed application.

When should I consider using Bondy #

You should consider using Bondy when:

Read more in Why Bondy.

Bondy vs. other application networking solutions #

Learn more in the How is Bondy different section.

D-Bus is a platform-neutral messaging service that runs by default in most Linux distributions. As Bondy, it offers RPC and Pub-Sub, but whereas D-Bus is designed for inter-process communication (IPC) on a single host, Bondy is designed to be distributed over a set of hosts (cluster) and used over a network.

Find out more about the Web Application Messaging Protocol